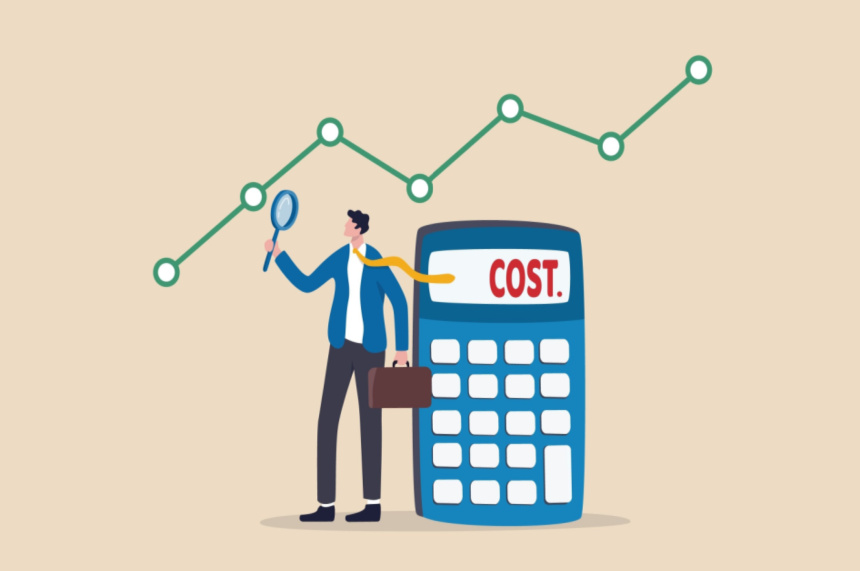 The role of procurement as we know it today started to gain importance during the industrial revolution in the 18th century. But, up until the second world war, it was considered as performing clerical and order-taking roles.

During the last few decades of the 20th century, procurement personnel took on more strategic and sophisticated responsibilities. Organizations gained access to new and modern tools through computer networks and computer systems. And by the late 90s, supply chain and supplier management, gained prominence and remain so, even today. Through all these different procurement eras, though various factors came into play, product cost has always played the primary role in making or breaking an organization.

Take the success of the Ford Model-T and the failure of Sony’s premium Android smartphones. The pricing of the Model T was one of the primary reasons for the motor car’s success. Ford controlled roughly 60% of the U.S. auto market in 1921. On the flip side, Sony failed in the premium android smartphone segment in the last decade due to high pricing. The problem was Sony’s pricing strategy for premium Android phones was not well received as other lower-priced alternatives were offering the same experience.

Costs Pushed to the Back Seat

2020 arrived, and every industry in the world waded through difficult times during the pandemic. Many suppliers shut shop, and materials were not received on time, creating a ripple effect across the supply ecosystem. Also, the pent-up demand from the shutdown led to a strong rebound of the economic activity, pulling materials faster and in volumes X times more than the current supply chain could handle. Remember? When many of us stockpiled sanitizers, and toiletries, for several weeks during the initial stages of the pandemic? (On a side note, we have detailed the supply chain disruptions here and here.)

In addition to the pandemic, socio-economic and geopolitical situations such as the U.S. and China trade tensions, and tension in the border between Russia and Ukraine, hampered the supply chains. Then there are the supplier diversity programs, sustainability practices, regulatory compliances, and climate change issues, pressurizing companies to rework their current supply chain models. Quite recently, winemakers were devastated by a wildfire that blazed through the once-picturesque nature reserve near the French Riviera.

To add to the woes there was the raw materials price increase. For example, the rise in prices of metals like steel, aluminum, and magnesium, a key component for Aluminum alloys, is facing a shortage. This shortage was triggered by the power crisis in China, where around 85% of the magnesium originates.

Such issues have hampered companies’ plans forcing them to rethink their existing strategies. Hence, the prime focus for the procurement and supply chain professionals has shifted to keeping their companies afloat, which has, in turn, led them to compromise their focus on cost.

In light of all this, consumers are also expecting frequent product launches and replacements for existing products in the market. 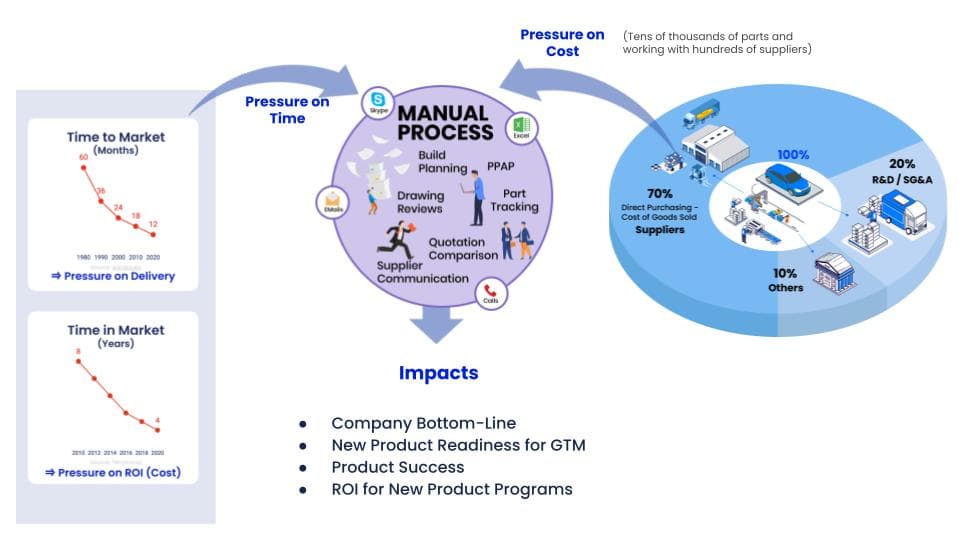 For example, consider the automobile sector. We as consumers expect car manufacturers to launch new cars every year, at the same rate smartphones are launched by Apple, Samsung, and the likes.

The estimated timeline needed to launch a new vehicle from idea generation has shortened to 12 months from 60 months. In addition, the period the cars remain on the market before retiring or being replaced – that is, the average lifetime of a newly launched vehicle – has reduced from 8 to 4 years. Consequently, the new product development processes are accelerated, and more dollars are spent, with shorter turnarounds to recover investments. In this context, it is imperative to control costs.

Even with the multiple whammies of never-ending issues such as the ones mentioned above, faster product launches, and shrinking turnaround times, costs will continue to be a crucial factor in determining profit margins for product manufacturing companies. Product prices depend on the purchasing power of the consumers. Hence, product cost increases are limited only to a certain extent to accommodate economic factors such as inflation and price rises in fuel and commodity.

Gaining complete visibility of the cost of every item across the enterprise is the first step to achieving profitability. With data visible to the entire organization, decisions with better consequences are possible.

View All
No related posts were found.