Sustaining Movement - On sustainability, electric vehicles and the environment 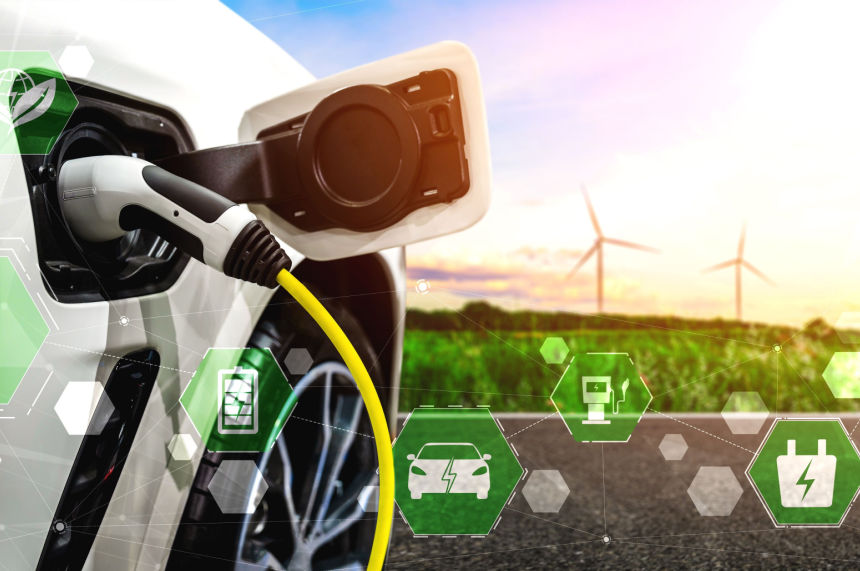 Isaac Asimov is an irreplaceable name in the world of science fiction literature.  The prolific author was widely known and regarded for his ability to explain complicated scientific concepts clearly and very distinctly ahead of time. He is infamous for his predictions of the world in 2014, and the odds of getting 50 percent right in 1964 are almost Nostradamus. And eerily so, in a curious case of synchronicity.

It is almost impossible to know whether our scientific progress came to be because of him or whether he predicted something that would eventually happen. But here we are, making leaps and bounds in that very direction of his vision. Of the things he got right, we have the Internet, Communications, Robotis, Nuclear Power and, interestingly, Self Driving Cars.

Well, see, it’s not like Asimov was the only one who predicted so. The majority of our ancestors, in swathes of populations, in the past century, strongly believed that a major part of futuristic development would be related to transportation. And they aren’t wrong, because what changed the course of our evolution was the invention of the wheel and our ability to move. 10,000 years later, from the wheel to Asimov’s prediction, the future has begun, at least almost, with the development of Electric Vehicles.

For a few years now, Electric vehicles have piqued global interest. They present the possibility of reducing energy consumption and emissions. They come at a time when predictors of the future, including the likes of Asimov, did not factor in: environmental concerns. With the rising concerns of global warming, climate change, and environmental consciousness, the need for Electric Vehicles has never been higher.

Governments across the globe have made commitments to go completely electric by 2050, some even earlier. And manufacturers continue to take efforts to produce and sell electric vehicles sales. The cost of manufacturing electric vehicles has significantly dropped directly pitting them against internal combustion vehicles. Major advances in lithium-ion battery technology have accelerated development and a consistent effort in transitioning to electric drive will imply improved battery production.

But here is the catch (there is always a catch, Newton’s Third law). Multiple studies say that electric vehicles (EVs) are not any less harmful to the environment than current internal combustion vehicles powered by fossil fuels. Surprisingly, experts reiterate the fact that EVs could probably be worse for the environment in terms of carbon footprint. And the reason is not the EV itself. But how their batteries are manufactured and the process that is used to charge them. 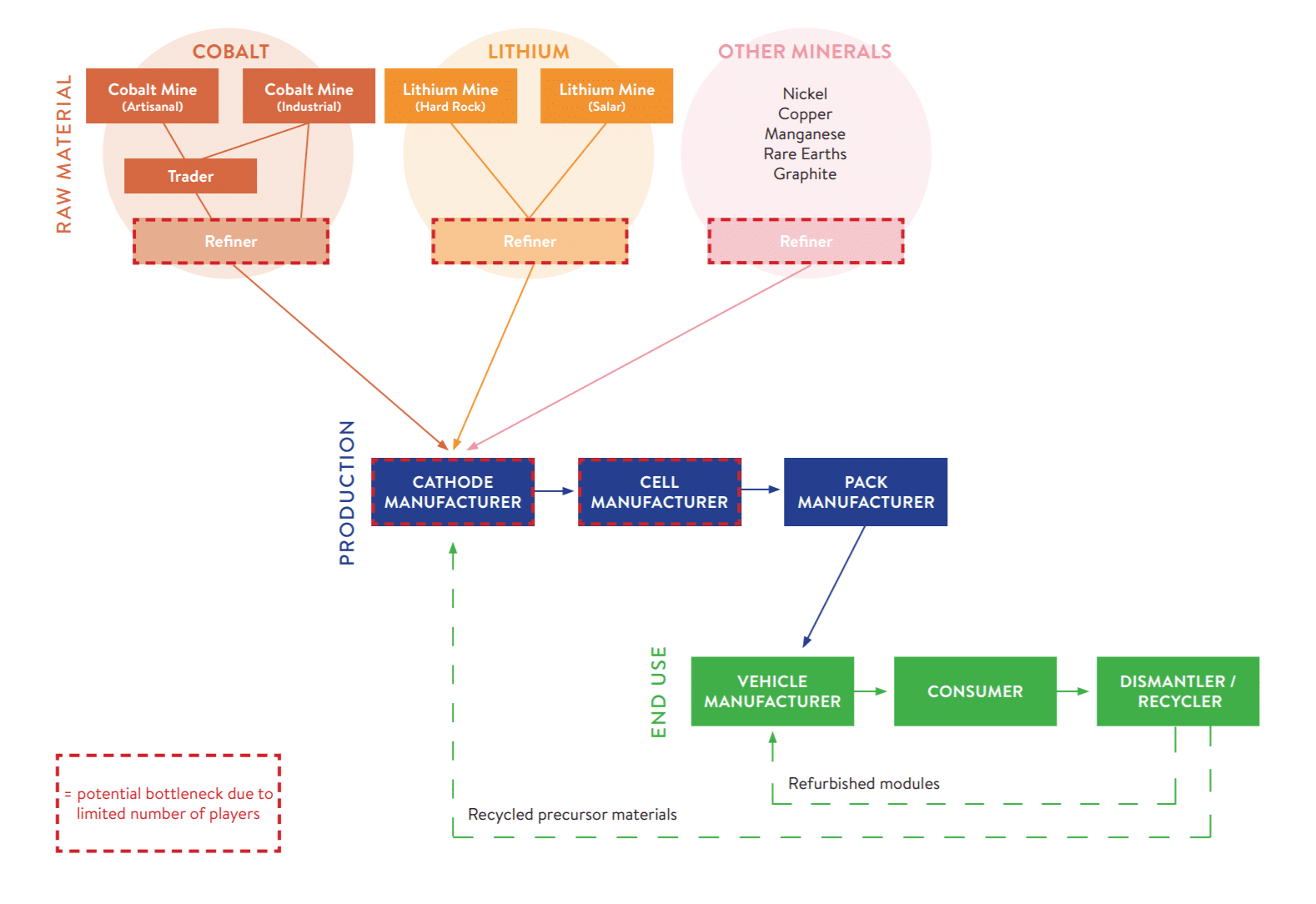 The manufacture of batteries heavily depends on Rare Earth Elements (Lithium in this case). To produce 1 ton of REE, 75 tons of acid waste (for which we do not have sustainable disposable methods, yet) and 1 ton of radioactive residue are produced along with the resulting element. Research does point out that there are enough reserves of such REEs with enough worldwide reserves of lithium for the next 185 years. And according to Deutsche Bank, this will prevail even if we triple our production of EVs. But the negative environmental impact of extracting REEs, in current trends cannot be overlooked if the goal is to become sustainable. The more we mine, the more waste we produce and the effort of going green or carbon positive will be counterproductive.

And then we have the issue of electricity itself. Environmental damage will become worse when mineral refineries and supply chain manufacturers operate in regions that use coal-fired electricity. The flip side is the source of power for the vehicles. If solar panels, wind turbines, or even nuclear or hydroelectric,  do not power the cards, their CO2 emissions will be much higher. That is if the electricity used to charge is generated using fossil fuels, the lack of emission while driving and operating an EV will not matter. The pollution/CO2 emissions have already occurred in a distant power plant, somewhere, nullifying the offset. And this effect echoed across the globe. Say if, in the US, where fossil fuels account for 62,7% of the country’s energy production, a person driving an EV will probably release more CO2 into the atmosphere than a person in Iceland, a country that runs almost entirely on hydro, geothermal, and solar energy.

It is wise to solve what one can if the end goal is to contribute to a sustainable and environmentally secure future. The issue of power comes from a policy, governance and international relations perspective, which is not and cannot be an issue for manufacturers. However, EV manufacturers and all parties involved in the ecosystem must voice their concerns about power and its generation. Partnering with NGOs, local governments and communities can help expedite this part of the process.

But the part where manufacturers can really have a say and make an impact is material sourcing. Manufacturers can take the necessary steps to ensure that their OEMs in the supply chains are practicing sustainable sourcing and manufacturing themselves. And this would definitely require the application and adoption of the latest technology that leverages blockchain, AI, and machine learning to deliver data and statistics that can improve sourcing strategies for EV manufacturers, who can in turn trickle it down their supply chain. The hope is to cause a chain reaction that will eventually lead to zero-emission production of the EV itself.

Zumen can improve your sourcing practices. Zumen is an end-to-end procurement process management software that digitizes the procurement and product life cycle in manufacturing. It is AI-enabled, user-friendly, and customizable to suit individual manufacturing needs. Check out how insightful Zumen can get using dashboards that will help you make better strategic decisions. If you think Zumen fits your bill, chat with us here!

Why spreadsheets and other disconnected systems are not suited for RFQs?

Spreadsheets, emails, word documents, and other similar breeds of applications have become an integral part of our everyday lives. It...